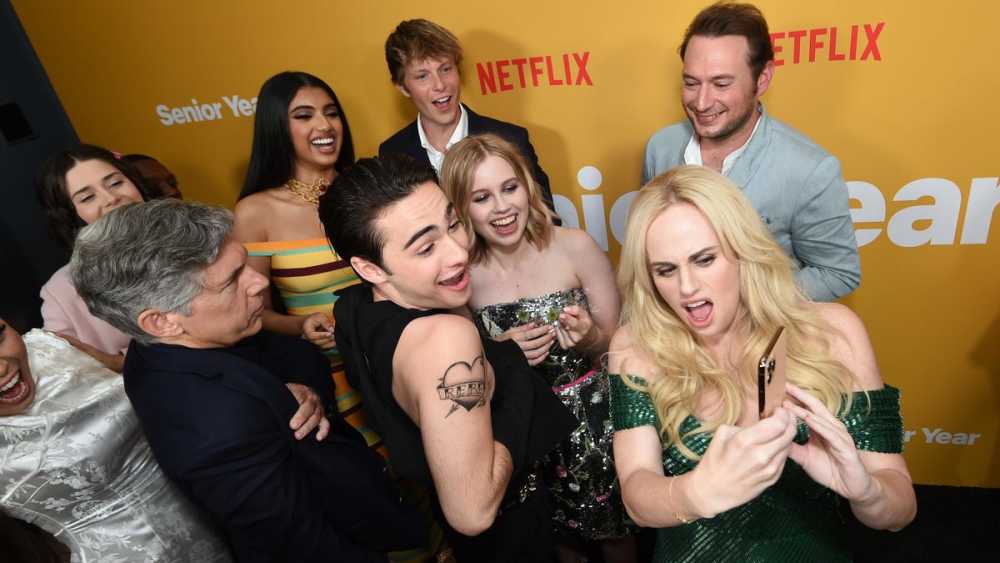 Have any of you already seen the movie Senior Year? Spoiler Alert! Anyway, the changes from the 90s to 2020 in the society captured in this comedy film are very interesting.

The story begins in 1999 when teen Stephanie Conway was the most popular girl in her high school. There was no social media at that time. It was a time when being a cheerleader, competing, and winning that competition was of great value. While competing against school rival Tiffany, she fell during a cheerleading performance as part of Tiffany's ruse and went into a 20-year coma. 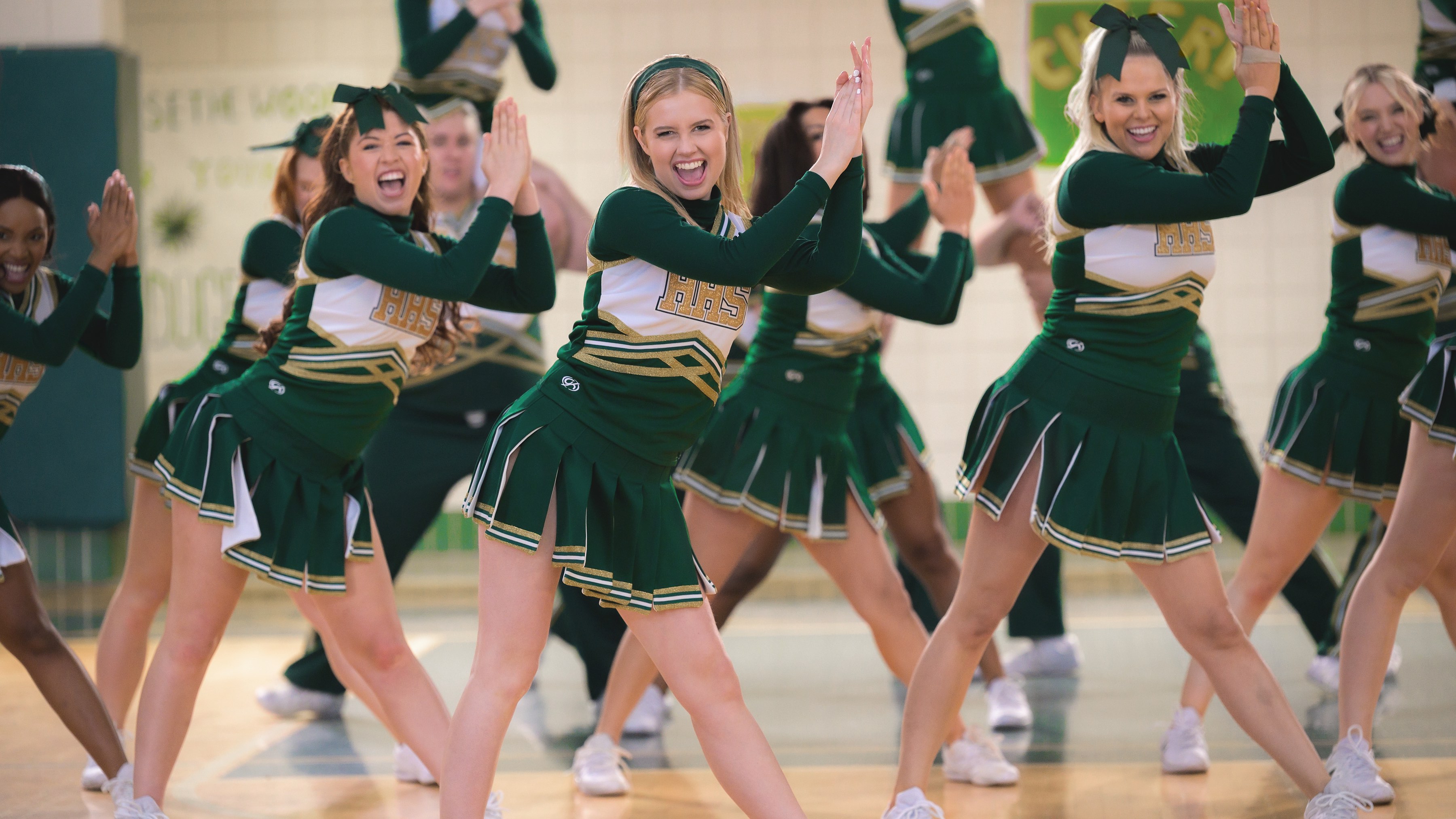 Twenty years later. Stephanie wakes up to find that she is now 37 years old. Now 37 years old, Stephanie tries to get her school life back together by entering the lives of her friends who are 20 years younger than her.

Time has changed, and Stephanie is baffled by the fact that the teen lives by such values as "everyone is a team leader" and "let's do something good for society" when competition was the value of the day.

This is a brief synopsis of the story of Senior Year. 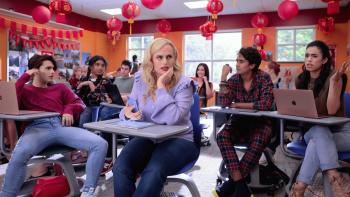 The contradictions that teenagers are facing

In the senior Year, teens are saying that they do better things for society and less competitive, while it is just because their place for competition has shifted to social media. Brie, depicted here with 3 million followers, is supposed to be a normal school friend, but she has earned the respect of all and even being talked to by Brie is a status for other school students.

This is a great example of a current social structure that seems to avoid being "popular," but has a thirst for being popular that is inevitable.

Such a society is ideal people become popular by contributing to others without comparison. The last part of Senior Year suggested the importance of deep connections among friends instead of being junkies of followers. Wish the world would be like that. 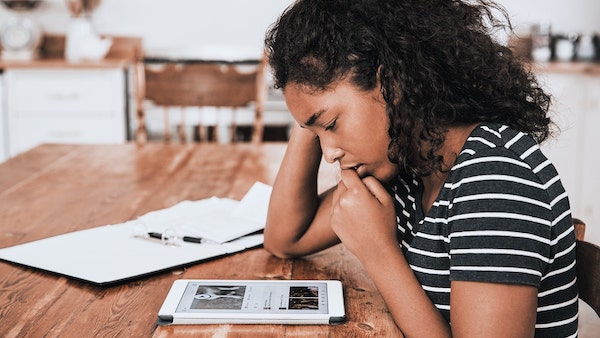 Brie's last part is to say that she put the value of friendship and essential life above her own popularity, and society would naturally be better off if more people had the same mature thoughts as Brie. However, many people in the world are not that mature.

The importance of Equality

The impact of equality is much greater than you might think. A study by Berkeley Haas researchers has shown that racial inequality costs the U.S. economy as much as $16 trillion, and the disadvantage that the persistent gender wage gap has on the global economy is about $160 trillion. https://phys.org/news/2022-05-ideals-people-dont-inequality.html

Zero-sum is the idea the gains of one party are exactly balanced by the losses of another and no net gain or loss is created.

Drew Jacoby-Senghor and his research team at the University of California, Berkeley, hypothesized that the reason inequality has not been eliminated from society, despite its harmful effects, is because people in the advantaged position falsely believe that equality is a loss. They conducted an experiment to determine the impact of policies to reduce inequality.

Nine preregistered studies (n = 4197) demonstrate that advantaged group members misperceive equality as necessarily harming their access to resources and inequality as necessarily benefiting them. Only when equality is increased within their ingroup, instead of between groups, do advantaged group members accurately perceive it as unharmful. Misperceptions persist when equality-enhancing policies offer broad benefits to society or when resources, and resource access, are unlimited. A longitudinal survey of the 2020 U.S. voters reveals that harm perceptions predict voting against actual equality-enhancing policies, more so than voters’ political and egalitarian beliefs. Finally two novel-groups experiments experiments reveal that advantaged participants’ harm misperceptions predict voting for inequality-enhancing policies that financially hurt them and against equality-enhancing policies that financially benefit them. Misperceptions persist even after an intervention to improve decision-making. This misperception that equality is necessarily zero-sum may explain why inequality prevails even as it incurs societal costs that harm everyone. https://www.science.org/doi/10.1126/sciadv.abm2385

No free will exists

Sounds like equality is utopia, impossible to achieve. But human is controlled by environment,there's no such thing as free will.

We get influenced by our environment we are. We are influenced by social media, and they sometimes control your decision-making. (https://journalism.uoregon.edu/news/six-ways-media-influences-elections)

Competitions because of social media

All social networks are based on competition, where there is more follower power and popularity than contribution value. The more they pursue popularity, the more their base lives there, and the more ads Meta and Tiktok can generate, the more money they can make.

Not all competition is bad, but the structure of comparison hurts people, manipulates you. Social media is the puppet master. So if social media is designed to control you to contribute to others, the society will get better. But current social media is about comparison, the more you compare, the more miserable you feel about your own life.

Your mental health is also controlled by social media

According to Facebook’s(Meta's) own internal research, Instagram is toxic to teen girls’ mental health.

The Wall Street Journal reported on a collection of internal Facebook documents which it says demonstrate how the platform is acutely aware of the harmful effects Instagram has on the mental health of teens.

The Journal reported that Facebook’s own research showed that use of the image sharing app Instagram, which it acquired in 2012, made at least one out of three teen girls feel worse about their bodies, and revealed that of the teens who reported having suicidal thoughts, “13% of British users and 6% of American users traced the desire to kill themselves to Instagram”, among other devastating statistics.

Social media should be designed to contribute to others instead of making people getting addicted to the comparison.

That is the reason why I built weBelong, no followers or likes competition. Just for contribution, support and friendship.

Contributing to others makes you happy

According to the study done by Utah State University, people who got asked to rate their happiness and given an envelope containing either $5 or $20 were randomly assigned to either spend money on themselves or on someone else at the end of the day.

Senior Year gets right to the point. Contribute to your friends and develop friendships with them will enrich your life. You can get Likes and followers, but it's you make yourself miserable.

Like Junkies explains a lot, people don't spend such a cool life but they try to make it better only in social media. The gap between ideal life and real life makes you more miserable.

On Instagram, all you see is others boast or you boast, there are plenty of hashtags like #girlboss #bff to boast their life, and it becomes everything about instagram, and seems like everyone is faking.

According to WHO, this burnout phonomena becomes one of the mental health problem from 2019.

Spread the idea of giving

That's why weBelong is trying to make the place less toxic. weBelong is taking the toxicity out of social networks by swapping “followers” and “likes” for features that facilitate and support meaningful interactions.

Not for followers, not for getting likes, but just contributing to others.

Don’t waste your time telling the people who love you the most that they don’t count. They are the only ones that count.

We are the ones who'll make a brighter day so let start giving. 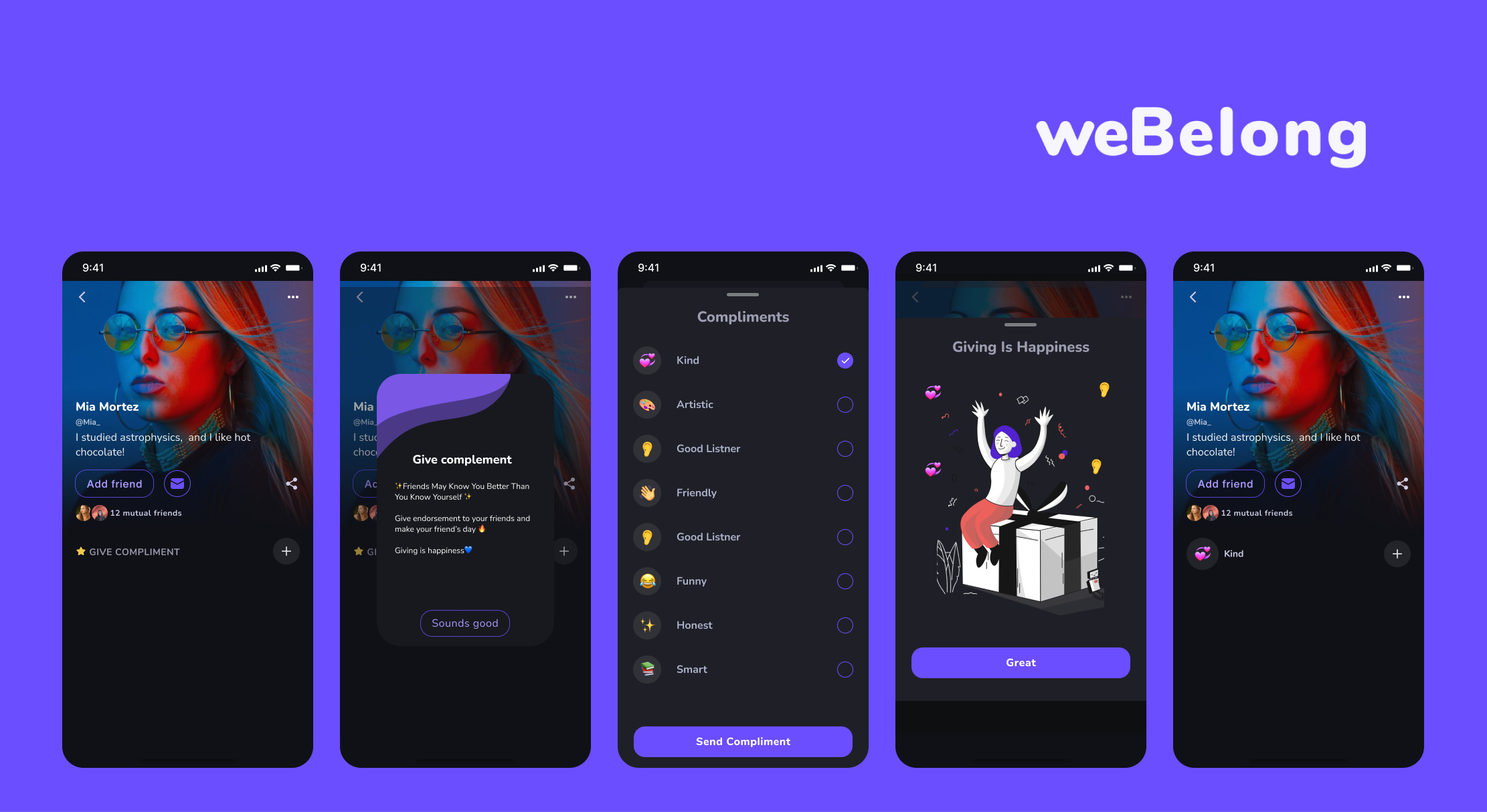