weBelong will launch the feature to endorse other's personality.

While you are exchanging messages, life or thoughts, you notice your friend's personality. They might be kind, artistic or etc.

You can visit their profile and give endorsement.

What do your friends have to say about you when you're not within earshot? It could be nothing, but they could be hiding something. You will know yourself by your friends more.

I was thinking about making it easier. By just choosing some of personalities, you can give personality endorsement to your friends. 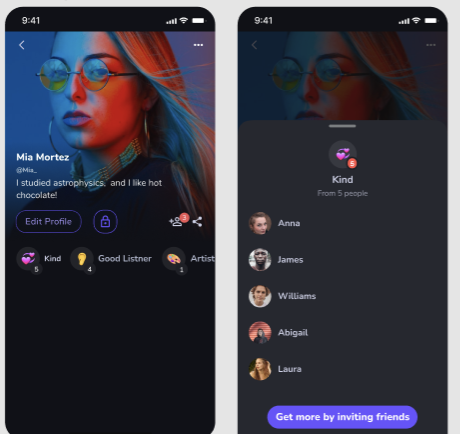 But one more important thing. Giving is important. According to the study done by Utah State University, people who got asked to rate their happiness and given an envelope containing either $5 or $20 were randomly assigned to either spend money on themselves or on someone else at the end of the day.

So on weBelong, you can give endorsement to others as well.